To share your memory on the wall of Wayne Horton, sign in using one of the following options:

Wayne was a 1951 graduate of Decatur Central High School. Wayne was a Korean War Veteran while serving in the Navy. He worked for FMC- Rexnord for 42 years and retired in 1997 from the shipping department. He was a member of West Newton United Methodist Church and was on the West Newton Cemetery board of directors. He loved to play card games and spend time with family. Wayne enjoyed all sports and gospel music.

In lieu of flowers, memorial contributions may be made to a veterans organization of your choice.

To send a condolence or share a story about Wayne, please visit: www.jonesfamilymortuary.com
Read Less

We encourage you to share your most beloved memories of Wayne here, so that the family and other loved ones can always see it. You can upload cherished photographs, or share your favorite stories, and can even comment on those shared by others.

Love's Journey was purchased for the family of Wayne Horton. 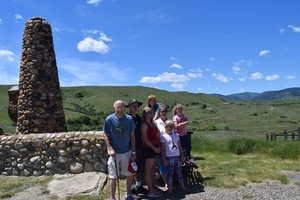