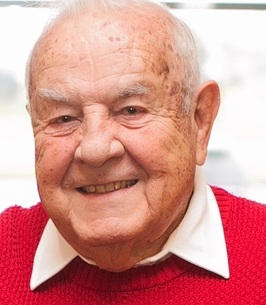 Share this tribute
Memorial Candles Lit for Marion A. "Randy" Pruden | SEE ALL
Light a Candle
"We are honored to provide this Book of Memories to the family."
— Jones Family Mortuary
Funeral Details Memory Wall Photos & Videos Plant a Tree

Obituary for Marion A. "Randy" Pruden

Print
Marion A. "Randy" Pruden, 86, of Camby, passed away peacefully at home on August 15, 2018. He was born to Charles Roy and Leta Jane (Hulgan) Pruden on January 29, 1932 in Indianapolis. He graduated from Hartford City High School in 1950. He married Maranel (Hart) Pruden on November 18, 1951. He honorably served in United States Navy Reserve and Air National Guard.

In lieu of flowers, please consider donating in Randy's memory to either Shriners Hospitals for Children, Office of Development, 3229 Burnet Ave., Cincinnati, OH 45229-3095 or Boys and Girls Club of Morgan County, 31 N. Indianapolis Rd., Mooresville, IN 46158.

To send a condolence to the family or share a story about Randy, please visit: www.jonesfamilymortuary.com

To plant a tree in memory of Marion A. "Randy" Pruden, please visit our Heartfelt Sympathies Store.

We encourage you to share any memorable photos or stories about Randy. All tributes placed on and purchased through this memorial website will remain on in perpetuity for future generations.

SW
My sincere condolences Randy's family. He was a great person and a hero in my eyes. I am proud to have known him and feel responsible for getting him on the Indy Honor Flight to Washington. I so pleased he got to go. He was a very gracious and deserving veteran. RIP Randy Pruden. I was honored to have known you.
Steve Willett - Saturday August 18, 2018 via Condolence Message
Share This:

DL
I am so sorry to hear about Randy passing. My prayers are with you.
Deanna Linkous - Friday August 17, 2018 via Condolence Message
Share This:

Our thoughts and prayers are with you.
Curtis and Beverly Arnold and family - Friday August 17, 2018 via Donation
To: CHILDRENS HOSPITAL
Share This:

JE
We are sorry and deeply saddened by your family's tremendous loss. Please know you are being held close in thought and prayer during this painfully difficult time. Sending heartfelt condolences and many hugs for all.
Jay Ard & Debra Jo Endres-Ard - Thursday August 16, 2018 via Condolence Message
Share This:

MP
Thinking of the family at this time. You have my prayers.
Mary Lou Parker - Thursday August 16, 2018 via Condolence Message
Share This:

CD
Peace be with Randys family at this time of sadness.
Chris and Angie Dufour - Thursday August 16, 2018 via Condolence Message
Share This:

D
My heart aches for all of Randy's family! I will never forget how good he and Maranel were to my uncle! I enjoyed taking Sam out to visit with them when I first brought Sam home. They both are very special people and I know how much he will be missed! Hugs and prayers to all!
Deanna - Thursday August 16, 2018 via Condolence Message
Share This:
1
Page 1 of 1
Share
×