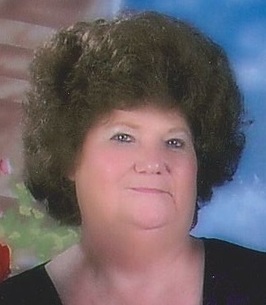 Share this tribute
Memorial Candles Lit for Mary | SEE ALL
Light a Candle
"We are honored to provide this Book of Memories to the family."
— Jones Family Mortuary
Funeral Details Memory Wall Photos & Videos Plant a Tree

Print
Mary A Woodford, 74, died Thursday morning, August 9, 2018 from complications related to renal kidney failure. In and out of hospitals and rehab facilities since being diagnosed with colon cancer in August 2016. Mary died peacefully surrounded by some of her family.

Born in Clarksville, TN October 18, 1943 where her father was a tobacco farmer. Mary spent her early years working in the tobacco fields, cared for children and learned to sew. She was a Mooresville, Indiana resident for fifty-three years before her passing. Mary lived primarily in Indiana after marrying her husband, William Woodford, whom she met while working at a small diner near Fort Campbell, Kentucky where he was stationed. She was the only waitress that thought a pie was cut in four pieces instead of eight thus winning over her future husbands’ heart in no time at all.

Long known for her ability to make anything out of fabric, Mary was a self-taught seamstress that could make anything (including beautiful wedding dresses) without a pattern. She was also known to be a jack-of-all-trades like building the beautiful realistic fireplace in her home from scratch and was also an artist, an interior decorator, a gospel singer (back in the day) and enjoyed cruising on the high seas. She loved her pets, especially her cats.

Many thanks to all the specialists, doctors, nurses, aides and caregivers who assisted in Mary's care over the past 2 years (IU West Hospital, Miller’s Merry Manor, Cornerstone, Indiana University Health Hospice team).

To share a favorite story or to leave an online condolence please visit: www.jonesfamilymortuary.com

We encourage you to share any memorable photos or stories about Mary. All tributes placed on and purchased through this memorial website will remain on in perpetuity for future generations.

DS
I remember "back in the day" when your father and mother would sing at Northwest Assembly. I loved to hear them sing, and will miss them both. My prayers are with you and your family as you grieve the loss of Mary. May God's peace abide with you.
Darlina Vaught Shaw - Tuesday August 14, 2018 via Condolence Message
Share This:

You and your family is in my thoughts and prayers during this time. May memories of happier times shared fill you heart and ease the pain.

Charlie and family, you are in our thoughts and prayers.
Joe & Angie(Carter) Nichols Troy & Crystal Hampton - Saturday August 11, 2018 via Heartfelt Sympathies
Share This:

S
Pam, Sue & Charles
Sending our Deepest Sympathy
The family is in our thoughts and prayers
during this very difficult time.
We love you all❤️
We will continue to pray for
strength and peace for the days ahead.
Uncle Sam & Aunt Linda

JS
Sue, I am so sorry for your loss. Please know that I am thinking of you and your family right now and wishing there was something that I could say that would lessen your pain. Love and hugs!!!
Jerri Smith - Thursday August 09, 2018 via Condolence Message
Share This: