To share your memory on the wall of James Ford, sign in using one of the following options:

James served in the 101st Airborne as an SP4 in the army during the Vietnam War. He served from September 21, 1967 to August 12, 1969. He was injured in combat and received two purple hearts. He was a hero not just to his country but to his family as well. He made his entire family proud. Anyone who was fortunate to know him knew what a wonderful man he was. James later went on to work for General Motors - Allison Transmission as a machine repair man for 32 years, before retiring in 2009. He loved fishing and going on annual fishing trips with his family to Shakamak State Park. James was a member of the Local Union #933.

We lost the anchor of our family. He taught us to treat everyone with respect, to give generously, to love travel and what it means to be a family. We were privileged to grow up believing in love stories because we got to
witness an amazing one between our parents who have been married 52 years. He was a loving husband and a devoted father, grandfather, and great-grandfather. Nothing made him happier than family gatherings. He loved seeing new things and was a big kid at heart. He always enjoyed the rides at Disney World and never missed an opportunity to crack a joke and have a good time. For the past 48 years, one of the highlights of each year was spending family time at Shakamak State Park, where extended family and friends would gather and enjoy fishing, sitting around the campfire and spending time together.

To his wife, he was the most amazing and loving husband anyone could ask for. She will always celebrate the memories and shared experiences. He was always by her side through good times and bad. A piece of her
heart was lost with him.

Due to the unprecedented guidelines limiting public gatherings at this time, the family will have a private gathering at Jones Family Mortuary in Mooresville. Reverend Glenda Survance will officiate a graveside service to follow. James will be laid to rest at Round Hill Cemetery in Indianapolis.

In lieu of flowers please consider donating in James's memory to Churches in Mission, 27 S. Indiana Street, Mooresville, IN 46158. www.churchesinmission.org, 317-831-3987

To send a condolence to the family or to share a story about James, please visit: www.jonesfamilymortuary.com
Read Less

To send flowers to the family or plant a tree in memory of James Edward Ford, please visit our Heartfelt Sympathies Store.

Posted Apr 14, 2020 at 06:10pm
My deepest condolences to your family. James was a great husband and father and did love his family dearly. God has another good man in heaven. May god be with you all through this troubled time. Sending lots of prayers and hugs.God bless
Comment Share
Share via:
B

Posted Apr 11, 2020 at 06:00pm
Dear family of James Ford. Please accept our condolences, We enjoyed Jims company immensely. He was a great attribute to our neighborhood and he will be missed.
We pray for your family during this sorrowful time. Sincerely. Bob & Shirley Smith
Comment Share
Share via:
RQ

Posted Apr 10, 2020 at 10:09pm
Praying for your family. I remember family get togethers in Kentucky and Indianapolis. Always good times and lots of laughter.
Rhonda Brooks Quenzer (Robert Brooks’s Daughter)
Comment Share
Share via:
AS

Posted Apr 10, 2020 at 11:16am
Please accept our most heartfelt sympathies for your loss... Our thoughts are with you and your family during this difficult time.

Posted Apr 10, 2020 at 08:43am
I was there to share the beginning of their love story. Your story truly had a happily ever after. I am blessed to be here with you for this time. your story will never end because we have 52 wonderful yrs of beautiful memories to share. I am truly happy for the happiness James brought to your life. Life will never be the same without James, but think the greatest tribute we can honor James is to continue building happy crazy beautiful memories together. I love you so much. Your greatest partner in crime . The crazy old woman down the street. Becky 🙏🌹😢😂😂😂😂
Comment Share
Share via: 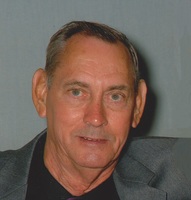 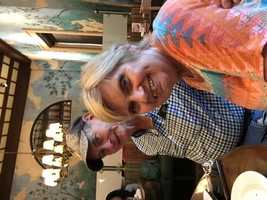 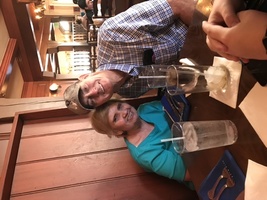 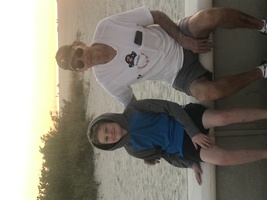