To share your memory on the wall of Chester Wayne (Chet) Dorrell, sign in using one of the following options:

Provide comfort for the family by sending flowers or planting a tree in memory of Chester Wayne (Chet) Dorrell.

Provide comfort for the family of Chester Wayne (Chet) Dorrell with a meaningful gesture of sympathy.

Chet lived most of his life in West Newton and Plainfield since 2002. He was a 1947 graduate of Decatur Central High School. Following high school, Chet joined the United States Army serving during the Korean War and was discharged in 1952. He worked for Eli Lilly in office services for 35 years before retiring in 1987. He was a Boy Scout leader in West Newton; member of West Newton Cemetery Board; and lifetime member of West Newton United Methodist Church.

Due to the current unprecedented guidelines limiting public gatherings, there will be a private gathering at Jones Family Mortuary in Mooresville with a private graveside service officiated by Pastor Ann Gatts to follow. A celebration of life will be held at a later date. Chet will be laid to rest at West Newton Cemetery in West Newton.

To share a favorite story about Chet or to leave an online condolence, please visit: www.jonesfamilymortuary.com

To send flowers to the family or plant a tree in memory of Chester Wayne (Chet) Dorrell, please visit our Heartfelt Sympathies Store.
Read Less 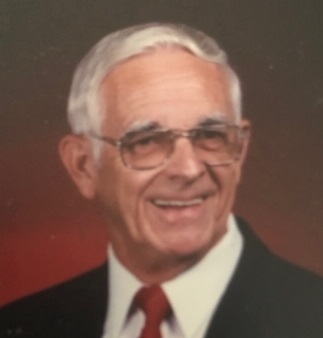 We encourage you to share any memorable photos or stories about Chester Wayne (Chet) Dorrell. All tributes placed on and purchased through this memorial website will remain on in perpetuity for generations.

So very sorry for the loss of Chet. He was a very special man to all who were blessed to know him. Our love and prayers for his family. Bill and Marlene Collins
Comment | Share Posted Apr 11, 2020 at 03:31pm via Condolence
HF

Our love and prayers to the Dorrell Family! Your father will be missed, he was a very special church member. We remember all the Sundays he provided special music for our services, what a voice, and he sang with true love for our Lord!
Comment | Share Posted Apr 10, 2020 at 01:30pm via Condolence
DR

My deepest sympathy to the family. Chet was such a sweet soul and always made anyone he spoke to here at West Newton UMC feel so special. He will always be the best gardener ever and he enjoyed doing it so much for the church. We are going to miss him, but Heaven will gain a wonderful servant. God Bless. Denise Rigdon
Comment | Share Posted Apr 10, 2020 at 12:58pm via Condolence
TA

Our deepest sorrow to the family. Our prayers are with you. He is now with hi Jackie.
Comment | Share Posted Apr 10, 2020 at 11:43am via Condolence
DM

Stan and Anita and all the Dorrell family, We are so sorry for your loss and that due to these times cannot be there in person. Hugs to all of you and to Don - “Ado Annie” sends you a biggest hug, too.
Our heartfelt sympathy,
Dana (Woliver) and Paul McDowell
Comment | Share Posted Apr 10, 2020 at 01:22am via Condolence