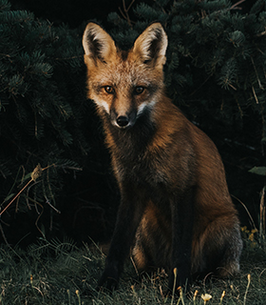 Share this tribute
Memorial Candles Lit for Charles | SEE ALL
Light a Candle
"We are honored to provide this Book of Memories to the family."
— Jones Family Mortuary
Funeral Details Memory Wall Photos & Videos Plant a Tree

Print
Charles W. Thornberry, 89, of Camby, passed away peacefully on July 28, 2018, surrounded by family. He was born to Dean and Vera (Lyon) Thornberry on April 27, 1929 in Mooresville. He graduated from Decatur Central High School in 1947. He served honorably in the US Navy during the Korean War. He married his high school sweetheart, JoAnn (Myers) Thornberry on May 6, 1950.

Charles was a District Manager for Huck Manufacturing Company for 25+ years. He greatly enjoyed the outdoors, gardening, fishing, hunting, wildlife; especially bird watching. He lived in West Newton for 50 years and also spent time in Waco, TX, Lake Winnebago, MO and retired on Lake Santee in Greensburg, IN.

Charles's wishes were to be cremated and have a private family burial in West Newton Cemetery. Arrangements have been entrusted to Jones Family Mortuary in Mooresville.

To send a condolence to the family or share a story about Charles, please visit: www.jonesfamilymortuary.com

To plant a tree in memory of Charles W. Thornberry, please visit our Heartfelt Sympathies Store.

We encourage you to share any memorable photos or stories about Charles. All tributes placed on and purchased through this memorial website will remain on in perpetuity for future generations.

TS
I just heard from my sister that your dad had passed. I am so sorry for you and your family. We were great friends and next door neighbors so long ago.I have many fond memories of those days. May God bless you and keep you,Tony.
Tony R Smith - Thursday August 16, 2018 via Condolence Message
Share This:

AH
Sorry to hear about your dad Dale. I hope the rest of your family is doing well.
Allen Herzig - Thursday August 02, 2018 via Condolence Message
Share This:

MW
Dale & Family,
I was sorry to hear about your father.
My condolences to you.

Add Photos
There are currently no photos. Click here to share your photos.
Plant a Tree in Memory of Your Loved One
An Honouring a Life memorial tree is a unique tribute which provides global benefits like no other memorial gift could.
Plant a Tree
Family Log-In