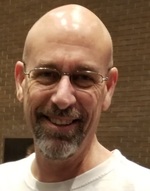 Todd Stephen Finley, 51, of Mooresville, passed away Wednesday, June 17th, 2020. He was born April 1st, 1969 in San Diego, California to his parents, Glenn and Judith (Earley) Finley. He spent most of his childhood in California. Todd married Christina E. (Kallio) Finley on October 19th, 2002.

Todd most recently worked for Carrier UTC in Indianapolis as a Precision Inspector for 16 years. He traveled around while serving in the Army during Desert Storm, before settling down in Mooresville in 1998. Todd was an avid sports fan, especially football. His favorite teams were the San Diego Chargers, Los Angeles Lakers and San Diego Padres. He enjoyed cooking along with teaching all of his kids how to cook.

To send a condolence or to share a story about Todd, please visit: www.jonesfamilymortuary.com