Use the form above to find your loved one. You can search using the name of your loved one, or any family name for current or past services entrusted to our firm.

Click here to view all obituaries
Search Obituaries
Immediate Need
We are here to help you. If you have need of our services, please call us, day or night, at:
(317) 831-0200
To better prepare yourself, we have provided you with some helpful information regarding the immediate need process.
Contact Us / Location

Ordering flowers from our site ensures that your order will reach us or the family in a timely manner, and your gesture of support will remain acknowledged in the Book of Memories for future generations. We only work with local florists so we can maintain the sense of urgency and quality of your selections. We thank you for helping to support the family during their time of need, and will fondly remember your kind gesture.

To share your memory on the wall of Scott Kiphart, sign in using one of the following options:

Scott is survived by two loving daughters, Jenny (Doug) Burris of Plainfield and Samantha "Sam-Bone" (Rob) Darland of Indianapolis; four sisters, Trudy Neal (Barry) of Plainfield, Jenny Fleener of Camby, Christie (Tim) Wright of Coatesville, and Barb (Scott) Hommema of Indianapolis. Scott was affectionately known as "Grandpa Big Truck" to his four grandchildren, Cole, Matthew, Kenzie-Pooh, and Brooklynn; 10 nieces and nephews; and one great niece. Scott is preceded in death by his parents.

Scott followed in his father's footsteps, and drove a truck for 31 years. Most of his career was spent as an owner-operator and driving for Hall Brothers Trucking. Scott loved watching Nascar and his Pacers. Scott is mostly remembered by his humor, he was always cracking jokes and making everyone laugh. He was a generous and sentimental man. He loved spending time with his family.

Family and friends may show their love and support during a memorial gathering from 4 to 8 pm on Wednesday, February 12th at Jones Family Mortuary in Mooresville.

To send a condolence or to share a story about Scott, please visit: www.jonesfamilymortuary.com
Read Less

To send flowers to the family or plant a tree in memory of Scott Warren Kiphart, please visit our Heartfelt Sympathies Store.

Receive notifications about information and event scheduling for Scott

We encourage you to share your most beloved memories of Scott here, so that the family and other loved ones can always see it. You can upload cherished photographs, or share your favorite stories, and can even comment on those shared by others.

Our Deepest Sympathy The Wrights and Sircys, Love - Jenn, Brandon & Trenton, and other have sent flowers to the family of Scott Warren Kiphart.
Show you care by sending flowers

Posted Feb 12, 2020 at 12:20pm
Brother. This is going to be a rough day. But it is celebration of you and I will enjoy hearing all the stories. Perhaps your sisters may not have had a Donnie and Marie relationship but you know we always loved you and would be here for you and we know the same of you! We pray you are in heaven and spending time with mom and dad because I know how much you missed them.
A family of 7 on earth is now a family of 4.
A family of 3 now in heaven and the 4 left to mourn
But the 2 that made 5 look down on the earth
And remind us the 5 brought along 11 more
And the 11 went on to add yet another 5
Hence you have the circle of life

Our Deepest Sympathy The Wrights and Sircys

Our Deepest Sympathy The Wrights and Sircys purchased flowers and planted a memorial tree for the family of Scott Kiphart. Send Flowers

Tender Tribute was purchased for the family of Scott Kiphart. Send Flowers 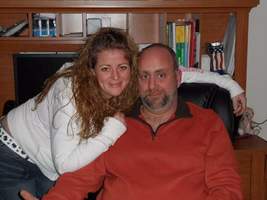 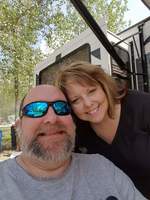 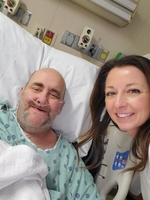