To share your memory on the wall of Sammie Wilson, sign in using one of the following options:

Provide comfort for the family by sending flowers or planting a tree in memory of Sammie Wilson.

Provide comfort for the family of Sammie Wilson with a meaningful gesture of sympathy.

Sammie joined the Army and was discharged on September 26th, 1965. He was a well driller owner and operator for several years and worked as a mechanic for himself. Sammie was a member of the Fraternal Order of Eagles as well as the American Legion Post #103. He loved working with his hands, fishing and hunting mushrooms.

To send a condolence to the family or to share a story about Sammie, please visit: www.jonesfamilymortuary.com

To send flowers to the family or plant a tree in memory of Sammie C Wilson, please visit our Heartfelt Sympathies Store.
Read Less

Receive notifications about information and event scheduling for Sammie 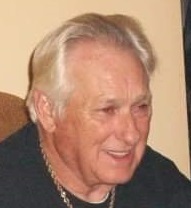 The insignias listed here may be subject to copyright and/or trademarked. Those copyrights and trademarks are owned by the respective organizations.

We encourage you to share any memorable photos or stories about Sammie. All tributes placed on and purchased through this memorial website will remain on in perpetuity for generations.

Flowers were purchased for the family of Sammie Wilson.
Order Now | Show All
Comment | Share Posted Feb 28, 2020 at 12:16pm via Floral Arrangements