To share your memory on the wall of Ruth Viles, sign in using one of the following options:

Ruth worked for Blue Cross Blue Shield in the Claims Department for five years. Prior to that she worked in Security for the Indianapolis International Airport for 4.5 years. She was a member of St. Thomas More Catholic Church in Mooresville since 1991, where she served as Eucharistic Minister and Lector. She enjoyed spending time with her family.

Due to the current unprecedented guidelines limiting public gatherings, there will be a private visitation with a service officiated by Father Bob Robeson to follow at Jones Family Mortuary in Mooresville. There will be a private graveside service to follow at White Lick Cemetery in Mooresville where Ruth will be laid to rest. A celebration life service will be held at a later date.

To send a condolence to the family or to share a story about Ruth, please visit: www.jonesfamilymortuary.com
Read Less

To send flowers to the family or plant a tree in memory of Ruth A. Viles (McCombs), please visit our Heartfelt Sympathies Store.

Receive notifications about information and event scheduling for Ruth

We encourage you to share your most beloved memories of Ruth here, so that the family and other loved ones can always see it. You can upload cherished photographs, or share your favorite stories, and can even comment on those shared by others.

Posted May 21, 2020 at 11:19am
My prayers are with the Viles family. You have lost a beautiful soul and Heaven has gained an angel that will be known among all the angels. She was a strong woman and I had lots of respect for her. She never let anyone push her around. She has left a hole in your hearts but the memories will provide you with many laughs and warm feelings.
Comment Share
Share via:
HS

Posted May 21, 2020 at 09:36am
We wanted to let you know that we are thinking of you and your family and keeping all of you in our prayers.

Flowers were purchased for the family of Ruth Viles. Send Flowers

Posted May 19, 2020 at 07:20pm
Our deepest sympathy for your family at the loss of your mother, grandmother and friend. We will always remember Ruth’s smile and her strong faith.
Denny and Sharon
Comment Share
Share via:
J 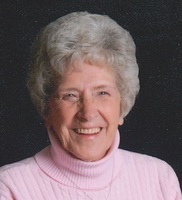 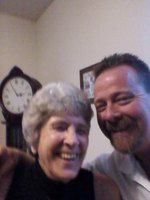 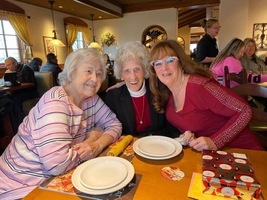