To share your memory on the wall of Ronald McClure, sign in using one of the following options:

Ronnie was a dock worker for Estes trucking Company for three years. He previously worked for Ray Skillman and Gary Pedigo. Ronnie loved hunting, NASCAR racing, and was a gun enthusiast.

Due to the current unprecedented guidelines limiting public gatherings, there will be no services at this time. Cremation arrangements are being entrusted to Jones Family Mortuary in Mooresville.

To send a condolence to the family, or to share a story about Ronnie, please visit : www.jonesfamilymortuary.com
Read Less

Receive notifications about information and event scheduling for Ronald

There are no events scheduled. You can still show your support by sending flowers directly to the family, or planting a memorial tree in memory of Ronald Wayne McClure Sr..
Plant a Tree

We encourage you to share your most beloved memories of Ronald here, so that the family and other loved ones can always see it. You can upload cherished photographs, or share your favorite stories, and can even comment on those shared by others.

Posted Apr 13, 2020 at 03:49pm
Grew up across the street from McClure family. I’m Ricks age. Ronnie was great people as was the entire family. So sorry to hear this.
Comment Share
Share via:
SM

Posted Apr 02, 2020 at 10:21am
Little Ronnie I am so sorry to hear about your dad. I worked with him a few years back. He was a seasonal employee. It was always nice hearing about you. Craig and Chris talk about you and your dad often. My prayers and thoughts are with you and your family.

Posted Apr 02, 2020 at 06:53am
What can I say! A great individual who would help you in a minute. He was a good person and any time you needed anything he was there. He was good friend and coworker. May he rest in peace. 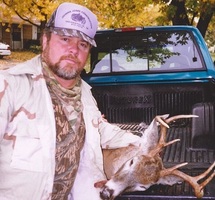