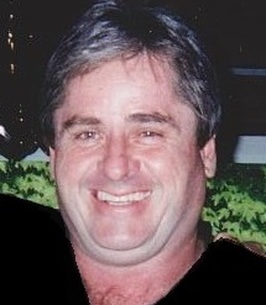 Share this tribute
Memorial Candles Lit for Randy | SEE ALL
Light a Candle
"We are honored to provide this Book of Memories to the family."
— Jones Family Mortuary
Funeral Details Memory Wall Photos & Videos Plant a Tree

Print
Randy Robin Smith, 67, of Camby, Indiana passed away peacefully at his home on August 15, 2018 with family by his side. Randy was born in Kirkland, Ohio on October 27, 1950 to the late Doug and Angie (Bradshaw) Smith. Randy married the love of his life, Marie (Coleman) Smith on December 31, 1982.

Randy spent his childhood in Kirkland, Ohio graduating from Kirkland High School in 1968, lived many years in the Indianapolis area and also in Sarasota, Florida. Randy owned and operated Dings N Dents with his wife, Marie, for 25 years. Randy was an entrepreneur by heart even thinking up new ideas on his last days. Randy also enjoyed pulling pranks and telling jokes.

After a long battle, Randy's wishes to be cremated will be respectfully honored. Cremation arrangements are entrusted to Jones Family Mortuary, Mooresville.

To share a favorite story or to leave an online condolence please visit www.jonesfamilymortuary.com

To plant a tree in memory of Randy Robin Smith, please visit our Heartfelt Sympathies Store.

We encourage you to share any memorable photos or stories about Randy. All tributes placed on and purchased through this memorial website will remain on in perpetuity for future generations.

KL
Dearest Marie, I wanted to say how sorry I am that we lost touch, and to find out that Randy lost his struggle with cancer. Such a hilarious, and truly lovely person......
I'm in North Carolina again....Shoot me an email, my phone only works if I stand in the road....
Much Love, Warm Hugs, Sister
kelly.lay2017@gmail.com

C
To a wonderful MAN and UNCLE.....HE had always been by my side, thick and thin. Listened to me, helped me through my time of needs for a lending ear. The funniest man I will ever know. No matter how gray the skies can be in life, this man had a way to make it all better. Always wanting peace and love for all he knew in life. His LOVE for Family and His lovely Wife Marie. To his CHILDREN Ben, Angie and Nate and Jason and all his fur babies. To his loving children Scott, Danny and Mikey and thier children. He always held a special heart for everyone. He bent over backwards for everyone, if not listed please know your a part of his group that he truely loved. He loved everyone. I have many things to learn from this special Man, He will always be there for you with me and everyone he had touched. he will never be forgot or lost. I love you my dear Uncle Randy andso does everyone that knows you. XOXOXOXO
Cory Schultz (Bradshaw/Smith) - Sunday August 19, 2018 via Condolence Message
Share This:
1
Page 1 of 1
Share
×