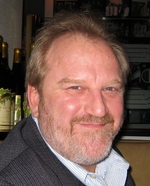 Paul D. Holbrook, 60, of Martinsville, passed away Tuesday, December 10th, 2019. He was born April 16th, 1959 in Columbus, Ohio to his parents Donald and Della (Taylor) Holbrook where he lived for 12 years. He was a resident of Martinsville for most of his life.

Paul is survived by his son, Hans (Leslie) Holbrook of Camby; his father, Don Holbrook; two grand children, Cash and Carly Holbrook; one sister, Connie (Scott) Andis; and several nieces and nephews. Paul is preceded in death by his mother Della (Taylor) Holbrook.

Paul was a 1977 graduate of Martinsville High School. He was the past President and current Engineering Manager for Twigg Aerospace Component in Martinsville for 42 years. He was a member of the Martinsville Masonic Lodge #74. Paul was a loving, determined and hardworking man that enjoyed playing drums. He was an avid Ohio State football fan but also enjoyed cars, music and his family.

To send a condolence to the family or to share a story about Paul, please visit: www.jonesfamilymortuary.com