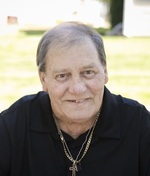 Michael R. Boggs, 69, of Camby, fought a strong and courageous battle before passing away at his home while surrounded by his family on October 16, 2020. Michael was born in Indianapolis on June 23, 1951 to the late Patrick and Francis (Hibner) Boggs. He married Elizabeth (Gambel) Boggs on May 19, 1979.

Michael proudly served in the United States Army being discharged in 1972. Michael was a member of the Indianapolis VFW #2839; member of the WINOS Golf Club for several years; loved golfing; was a sports enthusiast and natural athlete; and was a jokester and loved to make people laugh.

Family and friends may show their love and support from 4-8 pm, Monday, October 19th and 10-11 am, Tuesday, October 20th at Jones Family Mortuary, Mooresville. Pastor David Kaneversky will officiate the celebration of life service on Tuesday at 11 am in the funeral home. Michael will be laid to rest in Forest Lawn Memory Gardens in Greenwood, IN.

Memorial contributions may be made in memory of Michael to the family fund to help offset funeral expenses c/o Holly Chapman 8010 St. Patrick Dr. Brownsburg, IN 46112.

To leave an online condolence or share a story about Michael please visit www.jonesfamilymortuary.com