To share your memory on the wall of Merrill Shelley, sign in using one of the following options:

Merrill was a 1957 graduate of Decatur Central High School and later went on to join the Army Reserves. He was in the Pharmaceutical Manufacturing Department for Eli Lilly and Co in Indianapolis, Indiana for 35 years and retired in 1993. Merrill was a member of the First Baptist Church in Plainfield, Indiana and the West Newton Masonic Lodge #707. He was also a member of the Scottish Rite and Murat Shrine.

To send a condolence to the family or to share a story about Merrill, please visit: www.jonesfamilymortuary.com
Read Less

To send flowers to the family or plant a tree in memory of Merrill Shelley, please visit our Heartfelt Sympathies Store.

Receive notifications about information and event scheduling for Merrill

The insignias listed here may be subject to copyright and/or trademarked. Those copyrights and trademarks are owned by the respective organizations.

We encourage you to share your most beloved memories of Merrill here, so that the family and other loved ones can always see it. You can upload cherished photographs, or share your favorite stories, and can even comment on those shared by others.

Dan and Kara sent flowers to the family of Merrill Shelley.
Show you care by sending flowers

Posted Jan 10, 2020 at 11:16am
Jennifer and family -Sorry for your loss, I worked with Merrill at Lilly"s, He was a good man and a true gentleman and I always enjoyed our phone conversations after we retired.
Comment Share
Share via:
S

Posted Jan 09, 2020 at 12:49pm
Merrill was a good man. Remember all the good times you shared with him. God bless you all.
Comment Share
Share via:
HS

Flowers were purchased for the family of Merrill Shelley. Send Flowers

Posted Jan 09, 2020 at 10:14am
Uncle Merrill is now in the loving hands of our Heavenly Father . From the family of Marshall E. Shelley 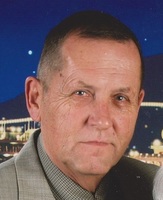