To share your memory on the wall of Lynn Ellyson, sign in using one of the following options:

He was a 1975 graduate of Mooresville High School and later went to join the Navy where he was a 7 year veteran. He also served 20 years with the Indiana Army National Guard as a Staff Sergeant at Stout Field. He retired as a Materials Examiner and Identifier in 2017. From 1999-2008 he was the dispatcher, driver, HAZMAT instructor, retention NCO and assistant truck master for the 1438th Transportation Company. In 2004 until 2005 he deployed in support of the Operation Iraqi Freedom and in 2008 until 2009 he deployed with the 1538th Transportation Company in support of Operation Iraqi Freedom. He was also the Manager of the Central Issuing Facility for the Unites States Property and Fiscal Office for Indiana.

Pastor Terry Crist will officiate Lynn's celebration of life service at 6 pm on Monday June 24th at Mt. Gilead Church, 6019 E S R 144, Mooresville, IN 46158. Fellowship will follow until 8 pm. You are invited to send a condolence to the family by visiting our website at www.jonesfamilymortuary.com.
Read Less

Receive notifications about information and event scheduling for Lynn

There are no events scheduled. You can still show your support by sending flowers directly to the family, or planting a memorial tree in memory of Lynn Dale Ellyson.
Plant a Tree

We encourage you to share your most beloved memories of Lynn here, so that the family and other loved ones can always see it. You can upload cherished photographs, or share your favorite stories, and can even comment on those shared by others.

Posted Jun 24, 2019 at 04:13pm
Nancy and family, I'm so incredibly sorry for your unimaginable loss. Sending my deepest condolences. You are in all of our thoughts and prayers. Steph Reed
Comment Share
Share via:
NF

Flowers were purchased for the family of Lynn Ellyson.

Your Warehouse and CIF Family

Posted Jun 21, 2019 at 01:32pm
Our deepest condolences to the Ellyson Family. Rod will forever be in our hearts.

Your Warehouse and CIF Family purchased flowers for the family of Lynn Ellyson. 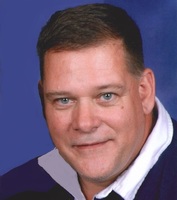