To share your memory on the wall of Lowell Baker, sign in using one of the following options:

Bake is survived by his loving wife of nearly 58 years, Vermont S. (Duke) "Monty" Baker of Mooresville; two daughters: Beth (David) Cluff of Mooresville and Cheryl (Bryan) Glaspie of Indianapolis; and four grandchildren: Joshua, DJ, Savannah, and Moriah. Bake is preceded in death by his mother, Flora Baker and one brother, Kenneth Baker.

Bake was a 1960 graduate of Gerstmeyer Tech High School in Terre Haute. He was a Business Manager for Heat and Frost Insulation in Indianapolis for 15 years and was with the company for 32 years before retiring in 2002. He was a member of the Local Union #18. In 2002, Bake received the Sagamore of the Wabash Award, presented by Governor Frank O'Bannon, which is the highest award the Governor can give to a private citizen. Bake played fast pitch softball and was in the Softball Hall of Fame. He also enjoyed playing golf. He took a special interest in hot rods and attended many car shows. He particularly loved his own collection, which was a 1932 Ford Victoria, a 1955 Chevy, and a 1931 Plymouth.

Due to the current unprecedented guidelines limiting public gatherings, the family will be having a private gathering at Jones Family Mortuary in Mooresville. Pastor Tim Lindsey II will officiate a private graveside service to follow at West Newton Cemetery in West Newton where Bake will be laid to rest.

Memorial contributions may be made in Bake's memory to the Life Line Baptist Church, 13387 North Slideoff Road, Camby, IN 46113.

To send a condolence to the family, or to share a story about Bake, please visit: www.jonesfamilymortuary.com
Read Less

To send flowers to the family or plant a tree in memory of Lowell Keith Baker, please visit our Heartfelt Sympathies Store.

Receive notifications about information and event scheduling for Lowell

We encourage you to share your most beloved memories of Lowell here, so that the family and other loved ones can always see it. You can upload cherished photographs, or share your favorite stories, and can even comment on those shared by others.

Posted Apr 23, 2020 at 08:56am
I met Bake while playing fast-pitch softball. He and Monty became good friends with Toots and I. Over many years, we enjoyed their friendship and camaraderie. Our deepest condolences to all of his family and friends. Lowell was a good man who will be missed.
Comment Share
Share via: 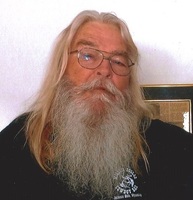