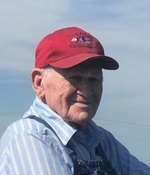 Louis Dirrell Cummins Sr., 96, of Mooresville, passed away Saturday, August 22nd, 2020 at Meadow Lakes. He was born June 6th, 1924 in Indianapolis to his parents Mordaci and Grace (Cress) Cummins. He married Vera Marie (Chambers) Cummins on June 18th, 1944. He was a resident of Crawfordsville from 2000- 2018 and was a resident of Mooresville/Monrovia for most of his life.

Louis was a life time farmer for himself. He was also a school bus driver for Monrovia and Cascade schools along with multiple others. Louis enjoyed spending his time with his family. He was also a past member of Lynhurst Baptist Church.

To send a condolence to the family or to share a story about Louis, please visit: www.jonesfamilymortuary.com