To share your memory on the wall of Louis Cummins, sign in using one of the following options:

Louis was a life time farmer for himself. He was also a school bus driver for Monrovia and Cascade schools along with multiple others. Louis enjoyed spending his time with his family. He was also a past member of Lynhurst Baptist Church.

To send a condolence to the family or to share a story about Louis, please visit: www.jonesfamilymortuary.com
Read Less

To send flowers to the family or plant a tree in memory of Louis Dirrell Cummins Sr., please visit our Heartfelt Sympathies Store.

Receive notifications about information and event scheduling for Louis

We encourage you to share your most beloved memories of Louis here, so that the family and other loved ones can always see it. You can upload cherished photographs, or share your favorite stories, and can even comment on those shared by others.

Ted Everett & Family, Dr. Jodie Harper and family, and other have sent flowers to the family of Louis Dirrell Cummins Sr.
Show you care by sending flowers

Robert and Tracie purchased flowers for the family of Louis Cummins. Send Flowers

Posted Aug 24, 2020 at 09:00am
Mr. Cummins was my very first bus driver at Monrovia. I have never forgotten after all these years. I graduated in 87 so it has been a long while. My dad worked at Allison Tie Co. In Mooresville and use to do his (and others) bus inspection and I thought as a young child that was the coolest thing ever to see my dads name on the sticker. Louis will never be forgotten with me, he was a great man. I later as an adult became a bus driver for Cloverdale. R.I.H. 🙏 you'll never be forgotten and often thought of every time I pass the old farm where he lived.
Thoughts and prayers for the entire family.
Jody Karst
Comment Share
Share via:
R 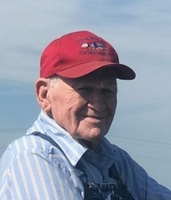