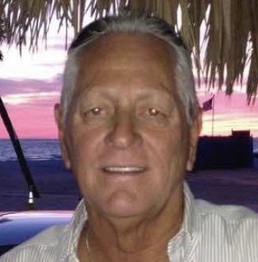 Larry Alan Toney, 78, died on May 15, 2022 at 8:10 PM after being in hospice for almost 8 weeks. Larry was very comfortable with his decision and was at peace when the Lord decided it was his time.

Larry was born on January 5, 1944 in Lebanon, Indiana to Raymond and Mildred Zorman Toney. He grew up in Brownsburg, Indiana with his two older brothers, Thomas “Tom” and Terry Toney. He graduated from Brownsburg High School in 1963. Larry married Chere K. Littell on January 21, 1967. They were blessed and raised five children: Traci Rae, Tana Marie, Trina Suzanne, Trent Nicholas, and Tiffany Justina.

Larry worked as a Supplier Quality Engineer at Allison Transmission, division of General Motors. He was employed there for 23 years and he retired in November 1999. Throughout the years, Larry owned multiple establishments: Toney’s Bar in Redington Shores, Florida; Toney’s Bar in Brownsburg, Indiana; and The Bruin’s Den in Pittsboro, Indiana.

After retirement, Larry enjoyed traveling to multiple locations such as California, Hawaii, France, and Florida. He then settled down in Treasure Island, Florida where he loved the sunshine, sunsets, and spending time with friends and family.

Larry is survived by his children, Traci (Robert) Taylor of Fayetteville, Arkansas; Tana Curry of Phoenix, Arizona; Trina (Chris) Blunk of Avon, Indiana; Trent (Andrea) Toney of Owosso, Michigan, and Tiffany Toney of Sun City, Arizona. Aside from his children, Larry also leaves behind his brother Terry (Maxine) Toney of Lizton, Indiana, thirteen grandchildren, and seven great grandchildren. He was preceded in death by his daughter, Lori Callis (David) Bradshaw; his brother, Tom (Barbara) Toney; his great grandson, Paul Michael “Mikey” Abercrombie; and his former wife and mother of five of his children, Chere Littell Toney.

Larry will be remembered for his outgoing personality, his sense of humor, his “cleanly pressed starch shirts”, always using linen napkins (paper napkins were not classy enough), the fact that he was the biggest fan of the “FIGHTING IRISH”, his love for life, and his love for God.

A Celebration of Life Gathering will be held from 2-5pm with memories to be shared at 3pm, Sunday, June 5, 2022 at Jones Crossing Banquet and Event Center, 4161 East Allison Rd. Mooresville, IN 46158. Cremation arrangements have been entrusted to Jones Family Mortuary in Mooresville.

Memorial Contributions can be made in Larry's memory to Riley Children’s Foundation, 30 South Meridian Street, Suite 200, Indianapolis, IN 46206 Website: www.rileykids.org