To share your memory on the wall of Larry Strong, sign in using one of the following options:

Larry is survived by his loving wife of nearly five years, Mary (Clay) Strong of Danville; two daughters: Susan (Tim) McCluskey of Indianapolis and Jennifer (John) Engelau of Greenwood; three sons: Larry Strong of Danville, Roger (Charise) Griffin of Greenwood, and Bobby (Patricia) Griffin of Franklin; 16 grandchildren; 13 great grandchildren; and one sister, Karen Miller of Indianapolis. Larry is preceded in death by both of his parents and his first wife, Julie Strong.

Larry was a 1963 graduate of Ben Davis High School. He worked as a Fork Lift Operator for Allison Transmission Plant 3 for 38 years before retiring in 2005. Larry was a Past Master and Past Seey of the Monrovia Masonic Lodge #654 and Past Patron of Monrovia Order of Eastern Star. Larry was a good loving man, just a gentle bear. He loved spending time with his family.

Family and friends may show their love and support from 2 to 3 pm on Friday, June 12th at Jones Family Mortuary in Mooresville. A celebration of life service will be held at 3 pm at the funeral home. Larry will be laid to rest at Maple Hill Cemetery in Plainfield.

Memorial Contributions may be made in Larry's Memory to Riley Children's Hospital, 30 South Meridian Street, Suite 200, Indianapolis, IN 46204-3509

To send a condolence to the family or to share a story about Larry, please visit: www.jonesfamilymortuary.com
Read Less

To send flowers to the family or plant a tree in memory of Larry Glenn Strong, please visit our Heartfelt Sympathies Store.

Receive notifications about information and event scheduling for Larry

We encourage you to share your most beloved memories of Larry here, so that the family and other loved ones can always see it. You can upload cherished photographs, or share your favorite stories, and can even comment on those shared by others.

Larry Dean and Roxanne Goldsberry and Curtis and Carol sent flowers to the family of Larry Glenn Strong.
Show you care by sending flowers

Posted Jun 12, 2020 at 09:22am
Even though I was his blood relative, he treated me just the same. He was such a gentle man and laughed when my jokes weren't funny. You wanted to be around him and didnt know why. His soft voice and loving ways will so be missed. Thank you Larry, for loving us.
Charise Griffin
Comment Share
Share via:
LG

Larry Dean and Roxanne Goldsberry purchased flowers and planted a memorial tree for the family of Larry Strong. Send Flowers

Flowers were purchased for the family of Larry Strong. Send Flowers

Posted Jun 11, 2020 at 04:20pm
Mary, Rick and I were so sorry to hear of your familys loss. Roger has always spoke very highly of him. Our prayers are with all of you.
The Jennett's
Comment Share
Share via:
CC

Curtis and Carol purchased flowers for the family of Larry Strong. Send Flowers 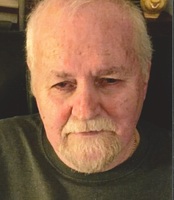