To share your memory on the wall of Larry Philpott, sign in using one of the following options:

Provide comfort for the family by sending flowers or planting a tree in memory of Larry Philpott.

Provide comfort for the family of Larry Philpott with a meaningful gesture of sympathy.

Larry attended Plainfield High School in Plainfield. He was an over the road Truck Driver all of his life, but for the past year worked for V.T.I. Trucking in Indianapolis. Larry loved fishing and spending time with his brother, sister in-law and his mother. He would help absolutely anyone and was a giver to all of anything. Larry was a member of American Legion Post #64.

Family and friends may show their love and support from 4 to 8 pm on Tuesday, June 30th and from 10 to 11 am on Wednesday, July 1st at Jones Family Mortuary in Mooresville. Edward Hunter will officiate a celebration of life service at 11 am on Wednesday, July 1st at the funeral home. Larry will be laid to rest at Fairfield Cemetery in Camby next to his father, Larry W. Philpott Sr.

Memorial contributions may be made in Larry's memory to the family fund, c/o Chris Philpott Jr, 3502 Bowen Place, Indianapolis, IN 46221.

To send flowers to the family or plant a tree in memory of Larry W. Philpott Jr., please visit our Heartfelt Sympathies Store.
Read Less

Receive notifications about information and event scheduling for Larry 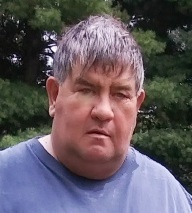 We encourage you to share any memorable photos or stories about Larry. All tributes placed on and purchased through this memorial website will remain on in perpetuity for generations.

Jim and Jan Martin sent flowers to the family of Larry W. Philpott Jr.
Show you care by sending flowers
Hand delivered by a local florist

So sorry for The Philpott Family's loss. In our thoughts and Prayers..Friends at Martin Marietta Waverly S&G Tim, Steve and Penney
Comment | Share Posted Jul 10, 2020 at 10:22am via Condolence
JM

We will miss you. You had a soft heart for friends & family. Sorry you had to leave so soon. Thank you for your friendship. You will not be forgotten

Our thoughts and prayers are with you. Your friends at the XFS Shop.

Flowers were purchased for the family of Larry Philpott.
Order Now | Show All
Comment | Share Posted Jun 30, 2020 at 09:06am via Floral Arrangements
HS

Flowers were purchased for the family of Larry Philpott.
Order Now | Show All
Comment | Share Posted Jun 29, 2020 at 05:43pm via Floral Arrangements