To share your memory on the wall of John Broderick, sign in using one of the following options:

John is a Korean War Veteran. Most recently John was a courier for ArcTrans. Previously, he worked in sales for Reid Holcomb. He retired from Yellow Freight as a Dock Worker. John was a member of the American Legion and the Indianapolis Murat Shrine. He enjoyed traveling.

Family and friends may show their love and support from 4 o 8 p.m. on Monday, March 2nd at Jones Family Mortuary in Mooresville. A graveside service will be held at 10:30 a.m. on Tuesday, March 3rd where John will be laid to rest at Mt. Pleasant at Hall Cemetery in Hall.

In lieu of flowers please make donations to your charity of choice.

To send a condolence to the family or to share a story about John, please visit: www.jonesfamilymortuary.com
Read Less

We encourage you to share your most beloved memories of John here, so that the family and other loved ones can always see it. You can upload cherished photographs, or share your favorite stories, and can even comment on those shared by others.

Flowers were purchased and a memorial tree planted for the family of John Broderick.

Milliner Family purchased flowers for the family of John Broderick. 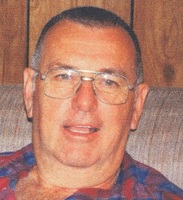