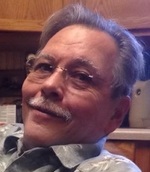 James '"Doc" "Rod" Rodriguez, 68, passed away peacefully on March 25, 2020 in his home surrounded by his family. Rod was born in Chicago, Illinois on December 25, 1951 to the late Willard R. and Mary M. (Overton) Rodriguez. He married Linda (Rainey) Rodriguez on December 14, 1985. Rod spent 27 years in Chicago before moving to the Indianapolis/Camby area in 1978 and making this his permanent home.

James obtained his GED from Eisenhower Education Center, Ft. Knox KY; Dr. of Divinity Degree from Universal Life Church and attended U of C Sacramento with a focus on Water and Wastewater Studies. He also studied at Ivy Tech Community College in Indianapolis, along with the University of Indianapolis with a focus on Business Administration and Management. He held the State of Indiana Class A Industrial and Class 1 Water and Wastewater Certification.

James proudly served in the United States Army as Combat Army Medic during the Vietnam War before being discharged on November 24, 1971. He was a life member of the Dustoff Association; life member of Mooresville VFW Post #1111; life member of the American Legion Post #64; life member of Vietnam Veteran's of America Post #295; life member of the Disabled American Veterans Post #52; founding sponsor of National Museum - United States Army and past National Commander - National Association of Medics-Corpsmen. He was also recognized in The Library of Congress by Senator Lugar. Rod was a supervisor for the Indianapolis Waste Water Treatment Plant for 23 years before retiring in 2005. In his spare time he enjoyed playing music with Rocky (drums, guitar, vocals), cooking, studying up on his family genealogy, shooting guns, gardening, keeping up with politics, eating steak and chocolate donuts, celebrating his favorite holiday (4th of July), and cracking jokes to make everyone smile. He was an avid collector of Native American memorabilia, family heirlooms, most things Coca Cola, and items from the Old West. He also enjoyed spending time with his pets at home.

Family and friends may show their love and support from 11 to 12 noon on Monday, September 7th at Jones Family Mortuary in Mooresville. A celebration of life memorial service will be held at 12 noon on Monday, September 7, 2020 at the funeral home. Military rites will follow at Fairfield Cemetery. Cremation arrangements are entrusted to Jones Family Mortuary, 4165 East Allison Rd. Mooresville, IN 46158.

To leave an online condolence or to share a favorite story about James, please visit: www.jonesfamilymortuary.com