To share your memory on the wall of James Robinson, sign in using one of the following options:

Pete is survived by his three sons: James A. Robinson of Indianapolis, Larry Lee (Alice) Robinson of Plainfield and Jeffrey Scott Robinson of Greenwood; 10 grandchildren; 22 great grand children; and two brothers: William "Bill" Robinson of Martinsville and Jon Jay Robinson of Arizona. Pete is preceded in death by both of his parents, his wife, Jacquelyn (Akard) Robinson; a special companion, Sylvia Goshe; two brothers: Fred and Robert Robinson; and two sisters: Midred Fishel and Jennie Ball.

Pete was a 1949 Graduate of Martinsville High School and did one year at Rose Poly Tech in Terre Haute. He was a Territorial Sales Manager for 12 years for Indiana Farmers Insurance Company before retiring in 1987. He also worked for American Stats Insurance, Grain Dealers Insurance and for CNA Reliance Insurance. Pete was State Trooper for the Indiana State Police from 1954 to 1961. He was a member of Centerton Christian Church and of Waverly Masonic Lodge #615. Pete was Past Master of Brooklyn Masonic Lodge #471 where he was a member for 50 years. He was a 50 year member of Scottish Rite Indianapolis Valley as well as a 50 year member of the Moose Lodge of Martinsville. Pete was Most Loyal Gander for Blue Goose Lodge and Past President of Indiana Fieldman Association. He enjoyed playing Golf and especially shuffleboard.

Family and friends may show their love and support from 5 to 8 pm on Thursday, June 25th at Jones Family Mortuary in Mooresville. A graveside service will be held at 11 am on Friday, June 26th at Centerton Cemetery in Centerton where Pete will be laid to rest.

To send a condolence to the family or to share a story about Pete, please visit: www.jonesfamilymortuary.com
Read Less

To send flowers to the family or plant a tree in memory of James Pete Robinson, please visit our Heartfelt Sympathies Store.

Jon Robinson and Ella Mae and Linda Harshbarger sent flowers to the family of James Pete Robinson.
Show you care by sending flowers

Posted Jun 23, 2020 at 03:33pm
So sorry for your lost . He will be missed by all for the people who’s live he touched. He was one of the shufflers that’s Taught Me to Shuffle. I will truly miss him .rest in peace love connie price
Comment Share
Share via:
EH 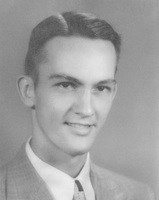