To share your memory on the wall of James Baker, sign in using one of the following options:

James is survived by two loving children, Dawn (Michael) Blake of Camby and Michael Baker of Mooresville; one brother, Wayne (Wanda) Baker of Bargersville; one sister, Joann (Oren) Demaree of Franklin; four grandchildren, James Stapert of Camby, Jonathon Stapert of Indianapolis, Karla Baker of Indianapolis, and Heather Baker of Temple, Texas; and two great grandchildren, RemiJoe Stapert and Kyleigh Carter. James is preceded in death by his wife, Rosemarie Baker; both of his parents; one brother, Robert Baker; and one sister, Janie Baker.

James was a 1952 graduate of Southport High School, where he was Vice President of his senior class. He went on to serve in the Navy during the Korean War and was discharged in 1956 as a Gunner's Mate 2nd Class. James retired in 1996 from Central Indiana Trane Company where he was a Senior Service Engineer. He was an active member with the American Legion Post #103. He was an avid golfer and enjoyed being outdoors with family and friends.

Family and friends may show their love and support from 11:00 a.m. to 1:00 p.m. on Thursday, September 19 at Jones Family Mortuary in Mooresville. A celebration of life service, officiated by Kameron Packard, will follow at 1:00 p.m. Thursday at the funeral home. Military honors will follow graveside service at Forest Lawn Memory Gardens in Greenwood.

In lieu of flowers, memorial contributions may be made in his honor to Horseshoes of Hope Equine Academy, 12956 N. Slideoff Road, Camby, IN 46113.

To send a condolence to the family or share a story about James, please visit: www.jonesfamilymortuary.com
Read Less

Posted Sep 18, 2019 at 09:30pm
So sorry for your loss prayers for the family Debbie Demaree Wallace

Posted Sep 18, 2019 at 05:01pm
I went to grade school and high school with Jim. I have the highest regard for Jim. He was always a gentleman and fun friend. He had such a sweet personality. He will certainly be missed. My sympathy to all his family. Susie Orme Perry
Comment Share
Share via: 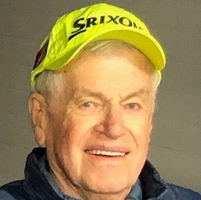