To share your memory on the wall of Iva Burnett, sign in using one of the following options:

Provide comfort for the family by sending flowers or planting a tree in memory of Iva Burnett.

Provide comfort for the family of Iva Burnett with a meaningful gesture of sympathy.

Iva was a 1952 graduate of Columbia High School in North Carolina. She worked for Mooresville Consolidated Schools as a food service worker. She enjoyed her family time, working outside, especially in the garden. She was happiest when she could sit on her back porch on her swing.

Due to the current unprecedented guidelines limiting public gatherings at this time, a celebration of life will be held at a later date. Cremation arrangements are being handled by Jones Family Mortuary in Mooresville.

To send a condolence to the family or to share a story about Iva, please visit: www.jonesfamilymortuary.com

Receive notifications about information and event scheduling for Iva 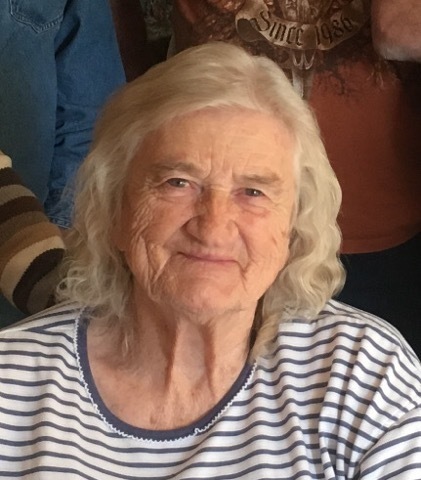 We encourage you to share any memorable photos or stories about Iva. All tributes placed on and purchased through this memorial website will remain on in perpetuity for generations.

Peri Klemm has honored the life of Iva Dean Burnett (Vanhorn) by planting a memorial tree.
Plant a Tree in Memory of Iva
Planted in the area of greatest need
RG

So sorry to just now learning of the passing of Iva. I've been her Health Insurance Agent for about 11 years. Always was a very nice and thoughtful lady. RIP Iva
Comment | Share Posted Apr 24, 2020 at 03:39pm via Condolence
AK

I was sad to hear of Dean's passing. She was wonderful to have as a neighbor on Terrace Trails. Wishing the Burnett family peace and healing.
Ann Kropelnicki
Ann Kropelnicki
Comment | Share Posted Mar 28, 2020 at 06:11pm via Condolence
TT

Prayers for Dean’s family during this sad time. I worked with Dean at the Mooresville Schools Cafeteria
She was lots of fun to be around.
Csrol Cummins
Comment | Share Posted Mar 26, 2020 at 03:20pm via Condolence
PK

We love you Grandma Dean. You are forever in our hearts.