To share your memory on the wall of Eldon Staggs, sign in using one of the following options:

Provide comfort for the family by sending flowers or planting a tree in memory of Eldon Staggs.

Provide comfort for the family of Eldon Staggs with a meaningful gesture of sympathy.

Jerry joined the Army in 1960 and later worked as a Crossing Guard for schools. He was a Truck Driver who drove coast to coast. He worked in a ware house for Daner's in Indianapolis as well as worked security for the race track and the Hoosier Dome. Jerry was a member of Teamsters Local. He was a spiritual man. Jerry enjoyed crossword puzzles and was an avid sports fan, especially football and the Steelers and Texas A&M.

To send a condolence to the family or to share a story about Jerry, please visit: www.jonesfamilymortuary.com

To send flowers to the family or plant a tree in memory of Eldon Gerald "Jerry" Staggs, please visit our Heartfelt Sympathies Store.
Read Less

Receive notifications about information and event scheduling for Eldon 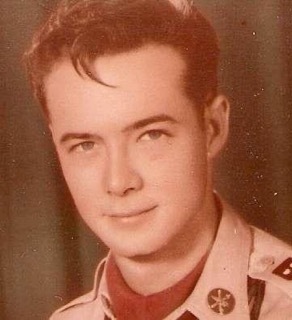 We encourage you to share any memorable photos or stories about Eldon. All tributes placed on and purchased through this memorial website will remain on in perpetuity for generations.

I am so sorry for your loss. I am a grandson of Herman William Staggs, brother of Wanda Earl Staggs. I still remember the Staggs reunions at Beechwood Park in Rockville. Too bad those times are gone. Jim Gillis, Cayuga, Indiana
Comment | Share Posted Jul 02, 2020 at 08:51pm via Condolence
JR

Sending thoughts and prayers to the family in this sad time.. Jerry was a great man and I know he will be missed...
Comment | Share Posted Jun 03, 2020 at 09:07pm via Condolence

Im so sorry for your loss. Sending love, hugs and prayers to you family!
Comment | Share Posted Jun 03, 2020 at 04:43pm via Condolence