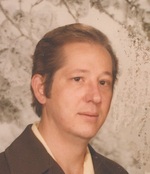 Earl Wayne Crandall, 78, of Mooresville, passed away Saturday, March 13th, 2021. He was born April 1st, 1942 in New Castle to his parents, Lloyd and Carmen (Dunn) Crandall, where he lived for 32 years. He married the late Norma Jean (Hamilton) Crandall on May 8th, 1980. He was a previous resident of Knightstown for 20 years and resided in Mooresville for the last 20 years.

Wayne is survived by his six children: Leslie Crandall of Tennessee, Rocky (Sheila) Crandall of Louisiana, Nicole (Ricky) Edwards of Tennessee, Robert D. Magee of Indianapolis, Kathy D. (Greg) Charley of Indianapolis, and Jeffrey A. Magee of Mooresville; 14 grandchildren; and seven great grandchildren. Wayne is preceded in death by both of his parents; his wife, Norma Jean (Hamilton) Crandall; four sisters; and one brother.

Wayne was a 1960 graduate of Knightstown High School. He later went on and joined the United States Air Force serving from 1964 to 1967 during the Vietnam War. Wayne worked as a Machinist for Chrysler Corporation in New Castle for 31 years before retiring in 1998. He was a member of the Mooresville American Legion Post #103. Wayne enjoyed fishing, was a very good handy man and was known for having a wonderful sense of humor. He loved to follow Jeff Gordon and Nascar.

Family and friends may show their love and support from 10 am to 12 pm (Noon) on Tuesday, March 16th at Jones Family Mortuary in Mooresville. A celebration of life service will be held at 12 pm (Noon) following visitation on Tuesday, March 16th at the funeral home. Wayne will be laid to rest next to his wife, Norma at White Lick Cemetery in Mooresville following services.

Memorial contributions may be made in Wayne's memory to the Wounded Warriors Project, 4899 Belfort Road Suite 300, Jacksonville, FL 32256, www.woundedwarriorproject.org

To send a condolence to the family or to share a story about Wayne, please visit: www.jonesfamilymortuary.com