To share your memory on the wall of Dale Graves, sign in using one of the following options:

Provide comfort for the family of Dale Graves with a meaningful gesture of sympathy.

After high school, Dale worked for a year in a glove factory to make enough money to enroll at William Penn College in Oskaloosa, IA. There he met Sylvia Mills. They were married in 1967. Dale graduated from Wm. Penn in 1968 with a double major in Math and Physics and then moved to Mooresville where he began his 36-year teaching career. In 1973, Dale received a master’s degree from the National Science Foundation-sponsored Physics Institute at Purdue. From 1973 to 1976 he took off three years from teaching to serve as Christian Education Director for Western Yearly Meeting of Friends (Quakers) based in Plainfield. While a math and physics teacher at Mooresville High School, he coached wrestling, cross-country and track. He also taught classes at Ivy Tech. He retired from Mooresville High School in 2007 but continued to teach at the Short-Term Offender Program in Plainfield.

Besides being a camp director and counselor several times, Dale served multiple terms on the Board of Quaker Haven Camp. One can hardly walk around the camp without seeing his handiwork. He has led many work team projects and volunteered hundreds of personal hours on numerous projects such as renovation of the Meetinghouse, the Boys Staff House, Hunt Lodge and Friendship Lodge. He also helped in the construction of the Activity Center.

Dale participated in Friends United Meeting (Quaker mission organization) work projects in Belize, Kenya, and Cuba. He served the past three years in Belize, first as the interim director of the Friends School and then as project manager for the re-location and renovation of the school and Friends Center. In that work, Dale became very close to students and staff, and encouraged their potential and enthusiasm for a better life. He had leadership roles in Quaker Men International and Friends Disaster Service. Dale has also served on the board of the local Free Health Clinic in Mooresville as well. His hobbies included ceramics and photography.

Dale and Sylvia have two grown children, Maria Graves Ditman (Jason) and Eric Graves (Laura), and four grandchildren: Elena, Mateo, Eliea and Cohen. He is survived by his sister, Francene Graves of Grinnell, Iowa and his brother, Harvey Folsom of San Diego, California. Dale is preceded in death by his parents: Frances and Arnola (Buffett) Graves.

In lieu of flowers you are invited to honor Dale with a donation to Friends United Meeting, 101 Quaker Hill Drive, Richmond, IN 47374 and designate your gift for the Belize Friends Ministries. Or, you may wish to send a gift to Quaker Haven Camp, 111 EMS D16C Lane, Syracuse, IN 46567.

A Memorial Celebration will be held at Jones Crossing Banquet and Event Center, next to Jones Family Mortuary, 4161 East Allison Rd. Mooresville, IN 46158 on Saturday, January 5, 2019. Visitation and food table will open at 3:00 p.m. and the Memorial Service will begin at 6:00.

To share a favorite story or to leave an online condolence please visit: www.jonesfamilymortuary.com
Read Less

To plant a memorial tree in honor of Dale Graves, please visit our Heartfelt Sympathies Store.

Receive notifications about information and event scheduling for Dale

We encourage you to share your most beloved memories of Dale here, so that the family and other loved ones can always see it. You can upload cherished photographs, or share your favorite stories, and can even comment on those shared by others.

Posted Jan 05, 2019 at 10:50am
I send my heartfelt condolences to the family. Although I only met Dale a few times, I surely knew of his dedicated service to the Lord in so many ways. May God's consolation be with you. 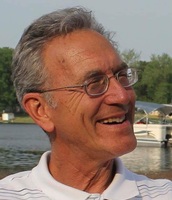 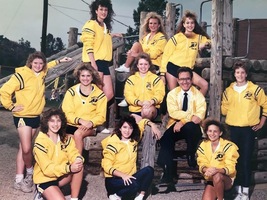 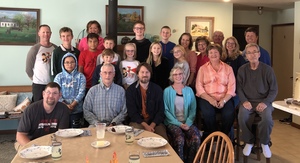 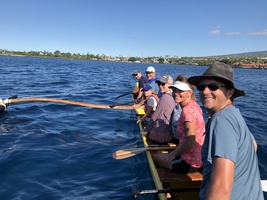 Hawaii
Senior Project Grade and note
5
4
+1
Add Photos
Upload up to 10 images at a time, max 8MB each