Obituary for Curtis A McClure 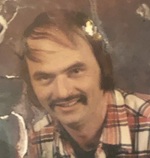 Curtis A McClure, 65, of Camby, passed away Sunday, September 13th, 2020. He was born November 9th, 1954 in Indianapolis to his parents Donald and Violet (Carter) McClure. He was a resident of Camby for all of his life.

Curtis is survived by one sister, Carole Ooley of Plainfield; one brother, Donald McClure of Monrovia; beloved companion, Jessica Johnson of 28 years and her daughters: Joslyn Andrews and Everist Bible; and several nieces and nephews. Curtis is preceded in death by his parents: Donald and Violet (Carter) McClure and two brothers: Douglas and Jerry McClure.

Curtis worked for the Maintenance Department for Mooresville Consolidated Schools for 20 years before retiring in 2005. He later worked for Hertz Corp for 11 years. He was a member of North Madison Baptist Church. Curtis enjoyed fishing, traveling and Indy Car Racing.

To send a condolence to the family or to share a story about Curtis, please visit: www.jonesfamilymortuary.com