To share your memory on the wall of Charles Kenworthy, sign in using one of the following options:

Provide comfort for the family of Charles Kenworthy with a meaningful gesture of sympathy.

Bill worked as a Group Leader for Eli Lilly Company in Indianapolis for 36 years, retiring in 1993. He was a lifetime NRA member. He enjoyed hunting, fishing and playing cards. He lived in Martinsville for 46 years and his birthplace of Mooresville for 35 years.

To send a condolence to the family or share a story about Bill, please visit: www.jonesfamilymortuary.com
Read Less

Receive notifications about information and event scheduling for Charles

We encourage you to share your most beloved memories of Charles here, so that the family and other loved ones can always see it. You can upload cherished photographs, or share your favorite stories, and can even comment on those shared by others.

Posted Dec 23, 2018 at 08:11pm
Theresa, Chuck and Tim we are so sorry to hear about Bill passing our thoughts and prayers are with you and the grand kids daily love you all Vicki and Betty Mattox
Comment Share
Share via:
TT

Posted Dec 18, 2018 at 08:26pm
I will always remember playing cards & board games to the wee hours of the morning with the “family.” How you used to call me kid all the time. But most of all, you ALWAYS made me feel loved & welcomed. You are my one and only father in law and you will forever be in my heart! With love & prayers, Tina
Comment Share
Share via:
PC

Posted Dec 17, 2018 at 04:16pm
Uncle Bill, you were one of the best. I can't even begin to count the wonderful memories you and Aunt Theresa have given all of us through the years. It won't be the same at the lake get togethers without you. Thanks for always being so sweet and welcoming. We love you and will miss you so much. Love and God Bless, Mark & Patti
Comment Share
Share via: 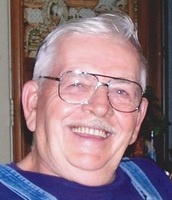