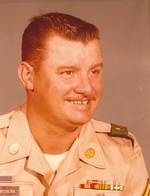 Arthur S. Van Buskirk, 82, of Mooresville, passed away Friday, November 20th, 2020. He was born October 6th, 1938 in Indianapolis to his parents, Harry and Helen (Murray) Van Buskirk. He married Regina (Jerschabek) Van Buskirk on February 28th, 1963. He grew up on the Westside of Indianapolis. He was a resident of Mooresville since 1978.

Arthur was a Veteran of the Air Force serving four years and later went on to serve in the US Army for 18 years as a Combat Engineer, serving two tours in Vietnam, before retiring in 1978. Following the military, he worked in Navy Avionics, Fort Benjamin-Harrison and Endress & Hauser. After retiring from the military he obtained his Associates Degree from Ivy Tech in Industrial Maintenance. He was a member of the Mooresville American Legion. Arthur was a kind hearted gentleman.

Family and friends may show their love and support from 5 to 7 pm on Tuesday, November 24th at Jones Family Mortuary in Mooresville. A graveside service will be held at 11 am on Wednesday, November 25th at Westridge Park Cemetery, 9295 W 21st St. Indianapolis, Indiana 46234, where Arthur will be laid to rest.

To send a condolence to the family or to share a story about Arthur, please visit: www.jonesfamilymortuary.com