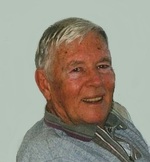 Alex was a 1941 graduate of Smithville High School and graduated from Indiana University in 1949. He served in the Army during World War II. Alex was a Certified Public Accountant for the Department of Revenue for several years. He was Deputy Auditor and then Deputy Budget Director for the state of Indiana before retiring in 1988. Alex was a member of the American Legion Post #143 in Avon. He was a huge IU alumni and fan, enjoyed golf, painting, fishing and cooking.

Memorial contributions may be made to Misty Eyes Animal Center, PO Box 1202, Brownsburg, IN 46112.

To send a condolence to the family or share a story about Alex, please visit: www.jonesfamilymortuary.com