To share your memory on the wall of Mary Ann Cottrell, sign in using one of the following options:

Print
Mary Ann Kellum Cottrell passed away on Sunday, March 24, 2019 in health care at Timbercrest Senior Living Community, North Manchester. Her husband and two children were with her.

She was born January 15, 1937 in Indianapolis, Indiana t... Read More
Mary Ann Kellum Cottrell passed away on Sunday, March 24, 2019 in health care at Timbercrest Senior Living Community, North Manchester. Her husband and two children were with her.

Receive notifications about information and event scheduling for Mary Ann

We encourage you to share your most beloved memories of Mary Ann here, so that the family and other loved ones can always see it. You can upload cherished photographs, or share your favorite stories, and can even comment on those shared by others.

Posted Mar 31, 2019 at 06:59pm
I had the privilege of working with Mary Ann during our years as Nurse Managers and Supervisors. Very sweet, very caring...an all around lovely lady. I know she will be missed by all, but I hope that the memories that each of y'all made with her will fill that hole in your heart. Love & condolences to all those that love her!
Comment Share
Share via:
AK

Posted Mar 28, 2019 at 05:37am
Our sympathies are with you with the loss of Mary Ann. We wish that we could be with you to celebrate her life.

at Florida Hospital Orlando. purchased flowers for the family of Mary Ann Cottrell.

Terry and Nancy Mitchell purchased flowers for the family of Mary Ann Cottrell. 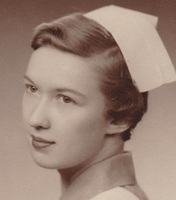 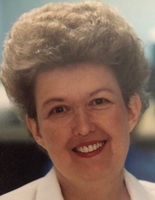